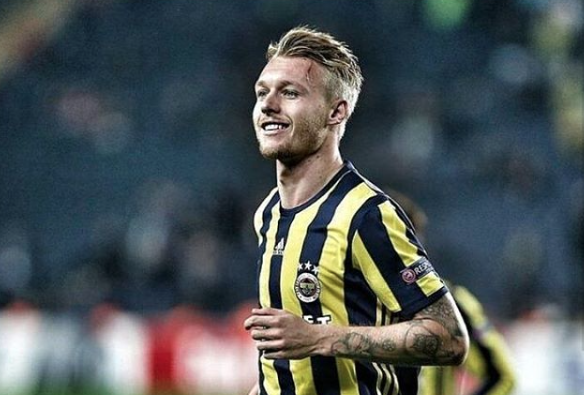 Monaco have made Fenerbahce star defender Simon Kjaer a transfer priority according to reports in Turkey.

Per the source, Monaco have made an attractive offer to recruit the services of the Denmark international over the summer.

Kjaer has been invited to Monaco to see the city and where his family would be accommodated.

Monaco could however, face competition from Liverpool.

AMK report that the Reds have entered negotiations with his agent and that they are prepared to offer £10 million for the 28-year-old.

See More: ‘He’s the captain right there’ – Liverpool fans react to Emre Can display against West Ham on social media

Kjaer does have another two-years remaining on his contract however, he has been linked with a summer move.

The centre-back had a bust up with head coach Dick Advocaat following the Yellow Canaries Turkish Cup semi-final exit on Thursday.

The experienced defender has however, denied all previous reports linking him with a summer exit and has settled into life in Istanbul along with his family.

Fenerbahce will not be able to win any silverware this season but they are on the verge of booking European competition football with a top-four finish.