More
Home Fenerbahce Mourinho Gets His Own Back At Man United Board After Blocking Defender...
Facebook
Twitter 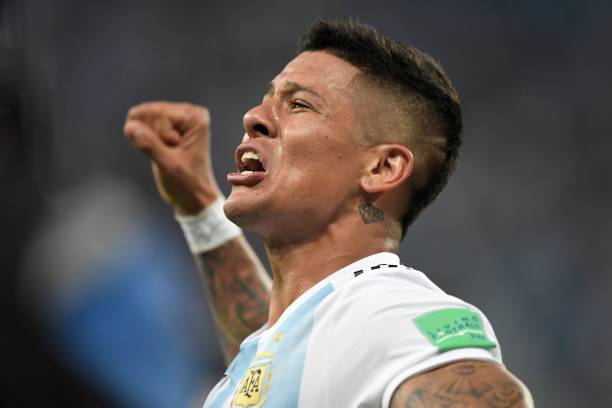 Fenerbahce have had efforts to sign Manchester United defender Marcos Rojo thwarted by Jose Mourinho according to the Fanatik sports newspaper.

Per the source, Rojo was a transfer priority for the Yellow Canaries after the defender was given the green light to leave.

United were keen to part ways with Rojo and Darmian to reduce the wage bill.

Additionally, the report claims that the Argentine international himself wants to leave after falling down the pecking order behind Eric Bailly, Phil Jones, Chris Smalling and Eric Lindelof.

The 28-year-old is unlikely to feature regularly for the Red Devils this season and missed the opening game of the season against Leicester City due to injury.

Mourinho has, however, blocked all efforts to sign the defender in retaliation to the board failing to sign players he wanted.

According to the report, the Portuguese manager does not want to sell any players after failing to strengthen the defence over the summer.

Fanatik do claim that despite Mourinho’s insistence on blocking any summer departures, the board could override the head coach and allow Rojo to leave.

Fenerbahce meanwhile, have began to consider alternative options to bolster their back-four before the end of the Super Lig transfer window which runs until 1 September.

The Yellow Canaries crashed out of the Champions League Third Round against Benfica mid-week and will compete in the Europa League this season.