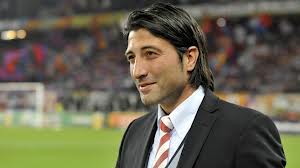 Murat Yakın hints he could manage Fenerbahce in the future [divider]

Spartak Moscow manager Murat Yakın has revealed that he would consider coaching Fenerbahçe in the future.

“I have not received any offers from Turkish sides yet,” Yakın told Fanatik.

“But you never know where life will take you, who knows where I will coach in the future it could be Fenerbahçe of elsewhere.

“I hope Fenerbahçe win the league title and get the fourth star.”

The 39-year-old was appointed manager of Basel in 2012 and became the first manager of Turkish origin to win a top-tier league title outside of Turkey.

Yakın’s experience coaching in Europe and knowledge of Turkish has made him an attractive target for Süper Lig clubs.