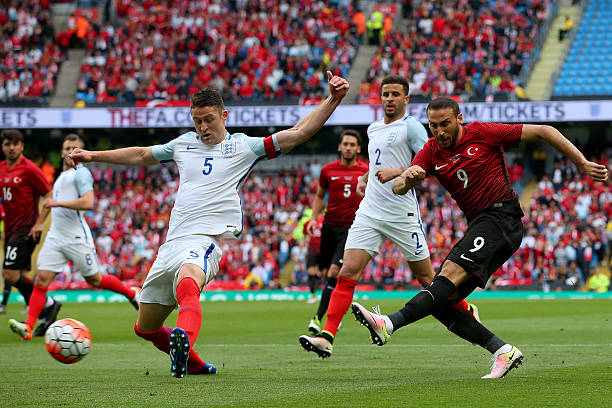 Cenk Tosun made his first start for Crystal Palace against Manchester City at the Etihad in the Premier League on Saturday.

Tosun ended up scoring on his full debut putting Palace ahead in the first-half.

The south London based outfit ended up holding City to a 2-2 draw.

As you can imagine Palace fans were delighted with their new striker scoring in his first start for the club and even more so with his first goal coming against the mighty City.

We took a look at how Palace fans reacted to Tosun’s full debut on social media.

READ: Best Turkish Players To Have Played In The EPL

Good day out for this fella aswell pic.twitter.com/qO9KT2rwie

Tosun rarely played for the Toffees under the stewardship of Marco Silva and was loaned out in January despite the Portuguese manager parting ways with the club.

Tosun went onto score against City in his first start for Palace.

Everton fans could not believe it.

Cenk Tosun turning into Gabriel Batistuta now that he’s left the cursed blues, nothing has ever been more of a cert. Fucking fluff head.

Even Liverpool fans were delighted – for their own selfish reasons – as City dropping points moved them one step closer to the league title.

Cenk Tosun scores against City for Palace, a player currently on loan from Everton. Poetic. pic.twitter.com/jjlLPR7cQE

Cenk Tosun, on loan from Everton, has put Crystal Palace in front at the Etihad. You love to see it