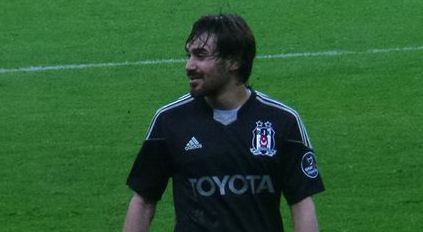 Napoli are interested in Beşiktaş midfielder Veli Kavlak according to Fanatik.

The Serie A outfit have been keeping tabs on the 25-year-old and are considering making the player an offer in January.

Kavlak will be available on a free transfer if Beşiktaş fail to renew his contract before the winter transfer window.

The central midfielder has one year left on his  current deal.

The Black Eagles are in contract talks with Kavlak but are yet to agree terms with the Austrian international.

Kavlak would be able to play as an EU player were he to join Napoli.

The 25-year-old was born in Austria but is also a Turkish citizen through his parents.

Kavlak joined Beşiktaş for £600,000 from Rapid Vienna in 2011 and has seven goals and 14 assists in 122 appearances for the Black Eagles.

The hard working midfielder has one goal in 13 appearances this season.