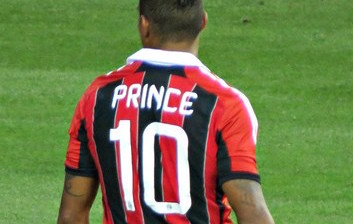 Napoli have joined the race to sign the former Schalke 04 forward Kevin-Prince Boateng according to the Italian daily sports newspaper “Tuttosport.”

The Ghana international was released by the Bundesliga club following the 2-0 defeat by Cologne.

Kevin-Prince Boateng and Sidney Sam have been released with immediate effect,” the club said in a statement.

The report in Tuttosport also claims that Lazio and New York Red Bulls are interested in Boateng.

The Bundesliga outfit have managed only one win in their last eight league games.

Galatasaray have been closely linked with Boateng in the Turkish press but could face competition from Premier League side Tottenham according to GOAL.

Boateng made five assists in 25 appearances for Schalke in all competitions this season.