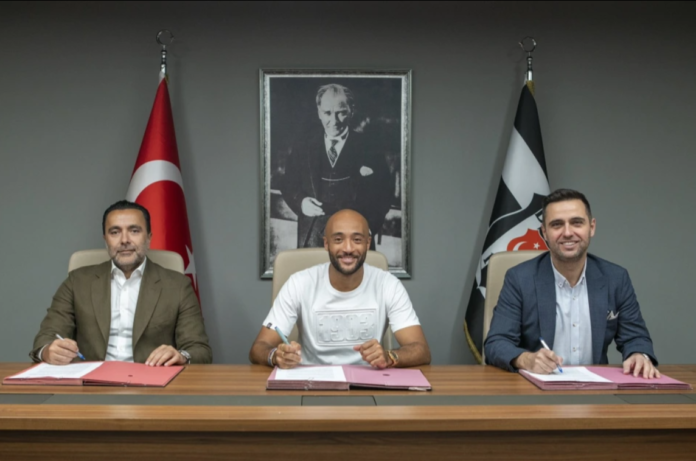 Nathan Redmond joined Besiktas from Southampton this summer after signing a one-year deal with the Super Lig club.

Remond moved abroad for the first time in his career after spending six seasons at the Premier League outfit.

The 28-year-old revealed that David Beckham helped convince him to take the leap of faith and move abroad.

Redmond told the Daily Mail that he met the former England international by chance at the airport where they had a talk.

Recalling an encounter with Beckham at the airport before flying to Turkey he was quoted as saying, “We talked, and he said some of the best memories of his career came playing abroad.

“That gave me confidence in the move. It would have been easy to stay in England somehow but I needed a fresh challenge.”

Redmond also revealed that Dele Alli also helped him make up his mind. Alli had already made the move to Besiktas and encouraged the winger to make the move.

“My family were supportive, up for a new experience and when I spoke to Dele he really sold Beşiktaş to me,” he added.

“He was probably in a similar position to me. Looking outside England to enjoy a fresh start and something different and learn something new. I’m looking forward to learning about this great city and its culture, and what makes people fall in love with this club.”

Redmond made his debut on Monday, Besiktas ended up losing to Istanbul rivals Basaksehir but the winger put on an impressive display and his name was chanted by the fans after the game.

The former Saints man revealed that he was blown away by the atmosphere in the game.

“It was my first time in that sort of atmosphere,” he said.

“I’ve been away with England a few times, especially in younger age groups and experienced hostile atmospheres but this was something else.

“From the warm-up, we came out and it was nearly full. Non-stop singing, ear-piercing whistling when the opposition have the ball. I nearly went deaf at one point.”

Redmond joined Alli at Besiktas and manager Valerien Ismail is no stranger to British football having managed West Brom in the past.

His assistant manager Adam Murray coached with Ismael at Barnsley and West Bromwich Albion, and first-team coach Dean Whitehead, is formerly of Sunderland and Stoke.