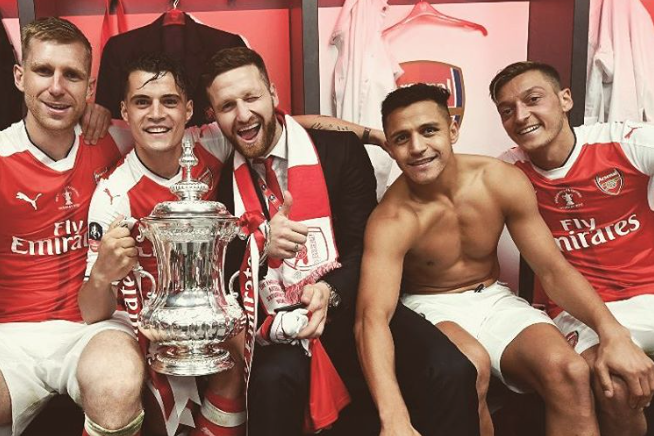 Arsenal legend Robert Pires has revealed that he hopes star duo Alexis Sanchez and Mesut Ozil will stay on at the club next season.

Sanchez and Ozil have 12 months remaining on the contract, leading to speculation over both of their future.

The Gunners have yet to strike a deal with either player over an extension.

Pires underlined that both are very important players and that the Gunners need ‘warriors’ like them.

“I hope and wish they extend their contracts because they are both very important players for stability and the quality of the team,” Pires told Sky Sports.

“We need warriors like Sanchez and we need Ozil.

“I don’t know what will happen by the end of the transfer window but I know Arsene Wenger has a lot of work to do this summer.”

Sanchez finished the league campaign with 24 goals and 10 assists, while the playmaker of Turkish origin Ozil manager eight goals and nine assists.

Ozil is currently on holiday in the US but is expected to join Arsenal for pre-season training in Australia.

Sanchez meanwhile is on Confederations Cup duty with in Russia with Chile.

Arsenal finished the Premier League in fifth place this season.

The North London based club finished outside the top four for the first time in 20 years. As a result Arsenal will play Europa League football next season.