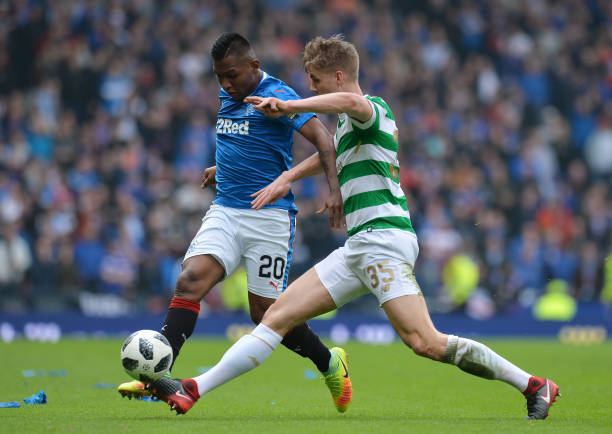 Rangers striker Alfredo Morelos has attracted a lot of interest from Turkey this summer.

Fenerbahce have made a fresh offer for the Rangers star according to Fanatik.

Per the source, the Yellow Canaries will now try to loan Morelos with a buyout clause option.

The Super Lig based outfit plan to sign two forwards over the transfer window.

Fenerbahce expected to announce of the three striker targets – or potentially two. The three forwards on the transfer list are Morelos, Tottenham’s Vincent Janssen and Sporting Lisbon ace Bas Dost.

Turkish-Football understands that the Yellow Canaries did make an offer for a permanent transfer but that the Scottish giants were not interested in parting ways with their star man this summer – not for the fee that was offered anyway.

The fee has not been disclosed but Rangers did turn down an £11m offer from Chinese outfit Beijing Renhe a few months ago.

Fenerbahce hope a loan deal will be considered instead.

Rangers boss Steven Gerrard meanwhile has made it clear he would like Morelos to stay over the summer.

He said: “I take it as a positive, in terms of the interest that is coming his way.

“It shows we have a good player here. A player capable of scoring heavy numbers, which is what we need.

“In terms of interest and bids, we will deal with that situation if and when.

“But at the minute there has been nothing.

“He’s a goalscorer. We know what he can add to this team and squad.

“If you’re asking me if his head has been turned that’s a question you would have to ask the player himself.

“But where we stand right now he’s a Rangers player and I’m delighted to have him.”

In May, the 22-year-old dropped a huge hint that he could leave Ibrox by sharing a story linking him to Besiktas.