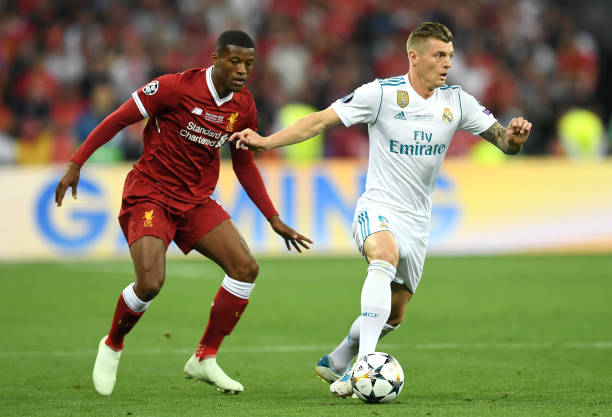 Newcastle United are interest in Liverpool midfielder Gini Wijnaldum according to reports in Turkey.

The Takvim newspaper report that the Magpies have made an offer for the Netherlands international.

Per the source, talks between Newcastle and Liverpool are ongoing but Fenerbahce are also interested.

The latest reports emerge after claims that Wijnaldum is growing unsettled with his role at Anfield.

Considering Liverpool spent in the region of £100 for Naby Keita and Firmino this summer it is likely they will be considered first-team players.

Emre Can did leave over the summer but reports from Turkey believe Wijnaldum is considering his options as he fears playing time may become limited if he stays on.

CNN Turk claim that Fenerbahce sporting director Damien Comolli is set to travel to England for talks with Wijnaldum’s agent.

Comolli has close ties to Liverpool from his time as sporting director at the club between 2010-2012.

Wijnaldum would be set for a reunion with his former boss at PSV, Phillip Cocu if he were to make the move.

Cocu reportedly wants to work with the former PSV midfielder again and Wijnaldum has become a priority following a failed move for Jack Wilshere.

Fenerbahce plan to complete their summer transfers before the start of the Champions League playoff round.

Wijnaldum would also be set for a reunion with Newcastle were he to return to his former club.

Wijnaldum does have another three-years remaining on his contract and made 50 appearances in all competitions for the Merseyside based side last season.