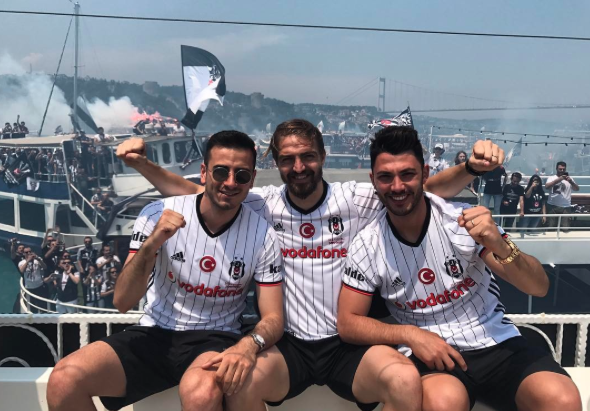 A source close to Besiktas revealed that the Magpies have been scouting the Turkey international throughout the season and made an enquiry with to his representatives over a summer move.

The Black Eagles meanwhile are intent on signing a new deal with Ozyakup as they do not want to lose him on a free transfer.

The 24-year-old faces an uncertain future at the club as he has just a few months remaining on his contract.

The Turkey international has yet to officially sign a new deal despite the club claiming that there is an agreement behind the scenes.

Besiktas will have to make the new contract official if they hope to get a transfer fee for Ozyakup.

The former Arsenal youth has not been playing recently and has played just 38 minutes of Super Lig football over the last five games.

The Magpies will face competition from Everton who Turkish-Football are also plotting a move for the 25-year-old.

Ozyakup is no stranger to Premier League football rising through the ranks of Arsenal academy before joining Besiktas five years.

The star midfielder has been directly involved in 75 goals since leaving the Gunners – 27 goals and 48 assists.