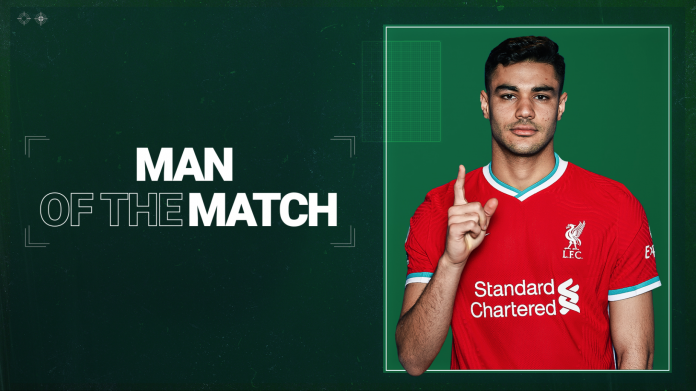 Ozan Kabak made his Champions League debut for Liverpool against RB Leipzig on Tuesday evening.

The game was played in Budapest instead of Germany due to covid restrictions.

Kabak started at centre-back alongside midfielder Jordan Henderson who has been filling in as a make-shift defender following injuries to Virgil Van Dijk, Joe Gomez and Joel Matip.

The 20-year-old was coming off the back of his Premier League debut which ended in a 3-1 defeat to Leicester City.

Kabak was not blamed for the defeat but he was involved in a misunderstanding with goalkeeper Alisson Becker which resulted in the two players crashing into each other, allowing Jamie Vardy to slot the ball into an empty net.

The young defender showed a lot of character to bounce back from a defeat that could have knocked his confidence.

The Reds ended up winning the game 2-0 with goals from Sadio Mane and Mohamed Salah.

The young centre-back was awarded the man of the match after game following his impressive display.

The Reds will take on Leipzig in the second-leg at Anfield on 10 March.