Mesut Ozil has taken to twitter to congratulate his Arsenal teammates on their victory against Southampton.

The Gunners recorded a 1-0 victory over Southhampton yesterday at the Emirates Stadium. 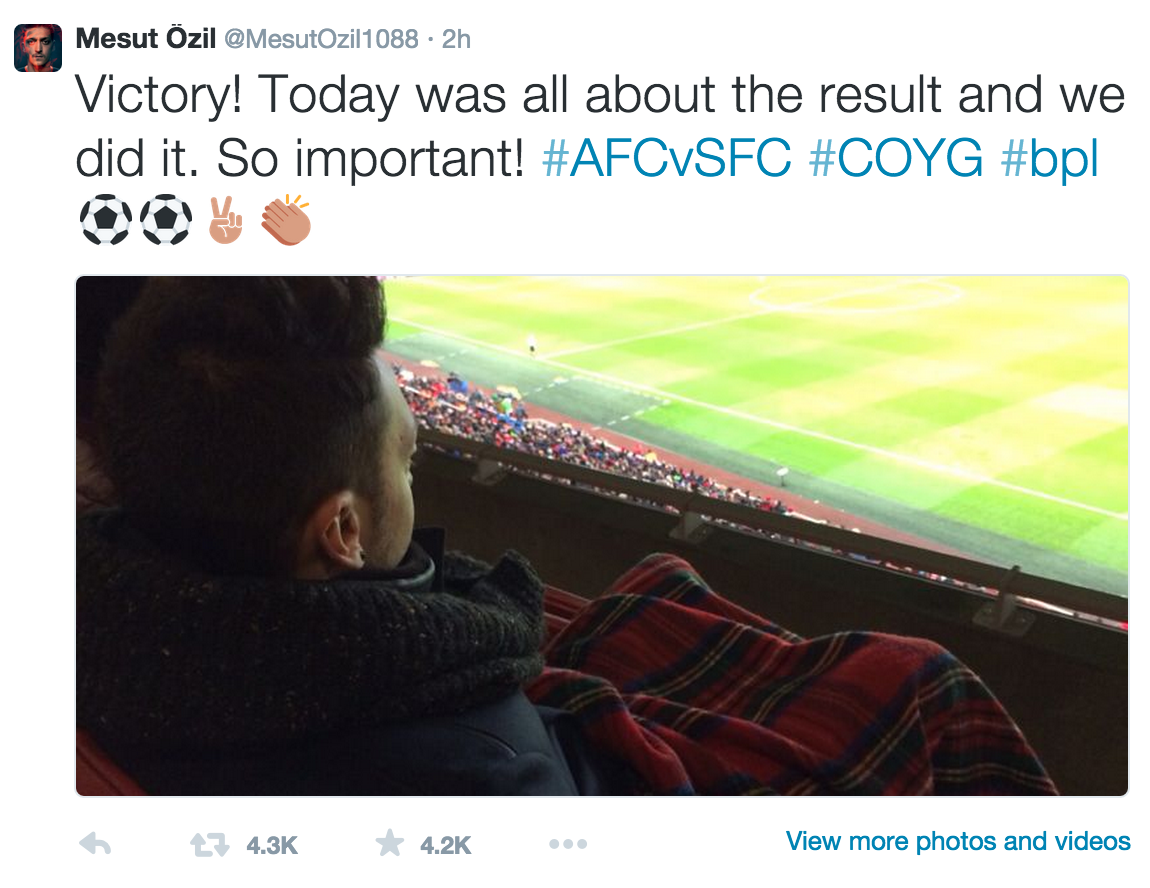 Ozil posted a picture of himself watching the game along with the caption, “Victory, Today was all about the result ans we did it. So important!”

The former Real Madrid player is currently out injured and not expected to return until the new year.

The 26-year-old playmaker recently praised his fans via social media for the support they have shown him following his injury.

Özil shared a picture via his Instagram with the caption, “Sooo many get well soon messages, Wow, you’re simply amazing! Many thanks to every single one of you out there!”