Mesut Özil shared an image on his Instagram account with Sami Khedeira and Miroslav Klose at Bellevue Castle ahead of the Silver Laurel Leaf Award presentation.

The Silver Laurel Leaf is Germany’s highest sporting accolade and was presented by German President Joachim Gauck and Chancellor Angela Merkel at the head of state’s Bellevue Palace.

Özil wrote the following caption under the picture, “great honour today to be invited at Bellevue Castle and receive the silver laurel leaf. @sami_khedira6 #miro” 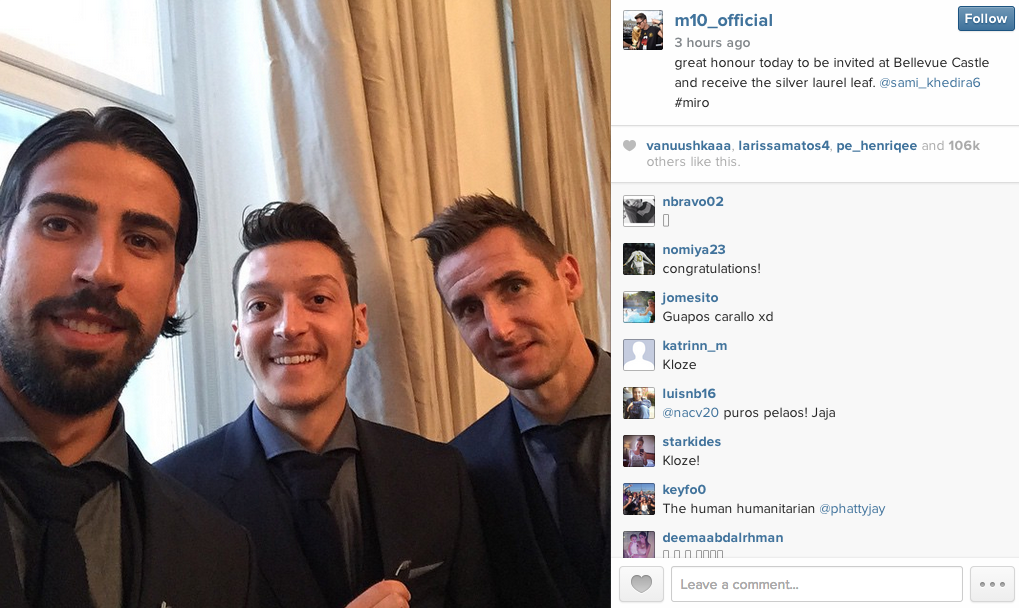 Özil, Khedira and Klose are all German internationals from immigrant backgrounds.

Khedira has a Tunisian father, Klose was born in Polant and Özil is a member of the Turkish community of Germany.

Turks form the largest minority in Germany with an estimated 3-4 million population.

Özil became the first player of Turkish origin to win the World Cup this summer.