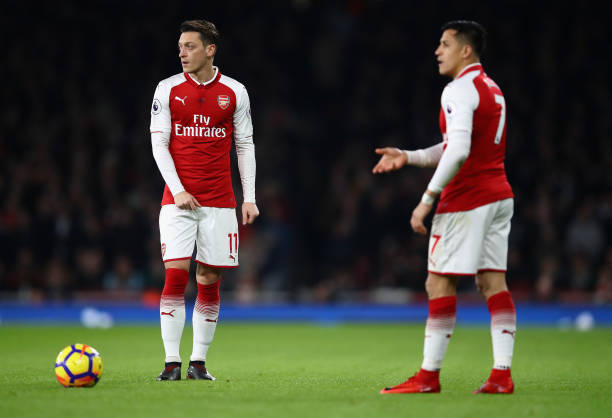 The Spanish tactician replaced long-serving manager Arsene Wenger this week and stated that he wants to implement an  ‘intense’ playing style at the club.

A key part of Emery’s plan at Arsenal involves changing the team’s approach in games, and the Spaniard has insisted that he wants a more attacking approach.

“My idea is to be a protagonist for all of the match, we will play against all the teams with this personality,” Emery stated.

Ozil has already been accused by the likes of Martin Keown of not working hard enough.

After hearing Emery mention the words ‘intense’ and ‘pressing,’ Arsenal fans took to social media to express their concern regarding Ozil.

Ozil when he heard Unai Emery wants to play a pressing game pic.twitter.com/kEVBvcDzXh

Finally going to see Arsenal ‘pressing’ ???? Ozil’s In for a shock https://t.co/1pBrxcpJgy

We gonna start pressing? ?? Ozil will throw up during matches https://t.co/LYgKp0pF6U

Good luck to Mesut Ozil with that pressing game ????

Exactly what I wanted to hear!! Interesting to see how Ozil adapts to this very very intense pressing!

Lol pressing with lazy Ozil, I want to see that! ??

"I want possession and very intensive pressing." Lmaoooo! Ozil will request a transfer in no time.

Ozil missed the final weeks of the Premier League season due to a back injury. The Germany international has however been included in Joachim Low’s national team squad which will travel to Russia for the 2018 World Cup.