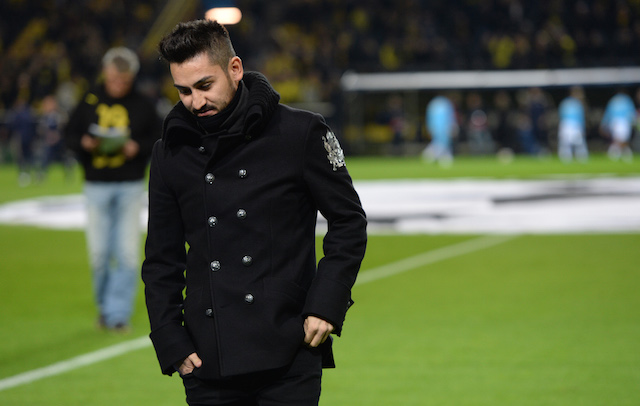 Ilkay Gundogan started his first Champions League game of the season and ended up providing the assist for Otamendi’s equaliser.

The assist was his first in all competitions this season since recovering from his knee injury.

We took a look at how at Man City fans reacted to Gundogan’s display on social media yesterday.

Man City fans have the luxury of complaining when Gundogan starts, such is the teams depth right now.

People moaning about Gundogan and Danilo starting wtf. Have they never seen them play??

Where’s all this fretting over Gundogan come from? I can’t be the only one who still thinks he’s class?

The midfielder of Turkish origin provided his assist since last October for the Citizens.

İlkay Gündoğan has recorded his first assist for Man City since 29th October 2016.

Driven delivery for the equaliser. pic.twitter.com/6ONkFtQYhL

The General is at it again. What a beautiful cross from Gundogan!

Gundogan looked sharp last night, definitely not 100% but he’s on the right track. He’s such a good option for bigger games at #8

That cross from Gundogan was genuinely perfect. Great height, and right in the line of three players.

What’s he been smoking!

Sorry, was Gundogan. We have no replays here and are very high.