Arsenal star playmaker Mesut Ozil appears to have taken up photography in his spare time.

The 29-year-old is well known for his assists on the field for the north London based club however, he also enjoys helping out the clubs staff off the field too.

Ozil posted a photo of himself taking over the reins from Arsenal’s official photographer over the weekend. The Germany international included the following caption, “Assisting our club photographer Stuart.” 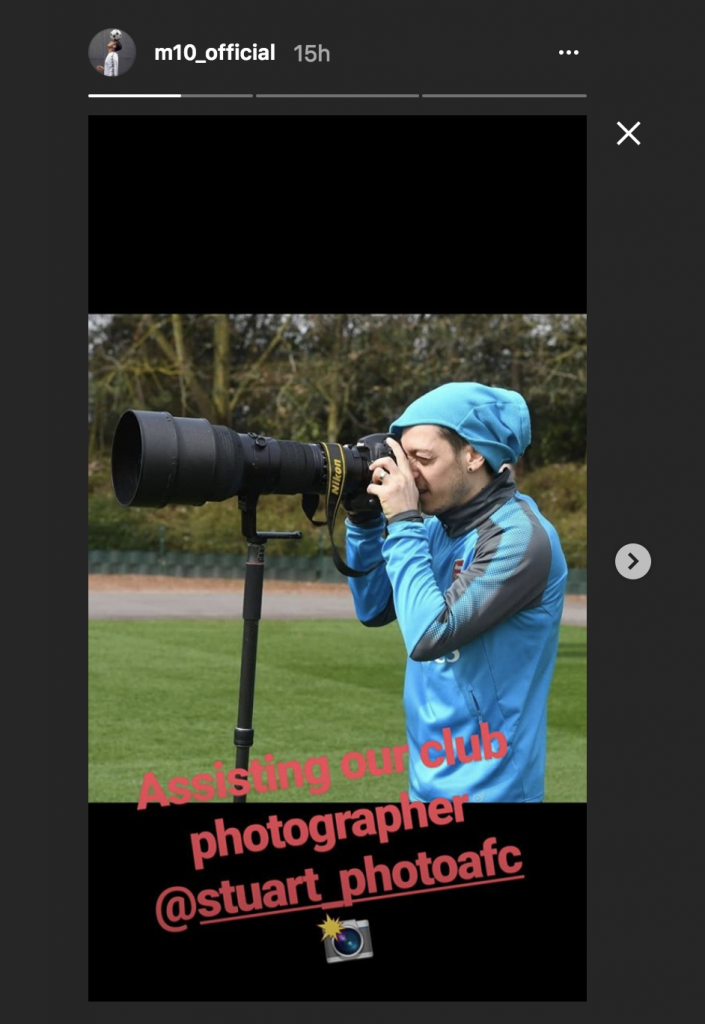 Ozil is expected to be back in action on Thursday evening when Arsenal take on CSKA Moscow in the Europa League.