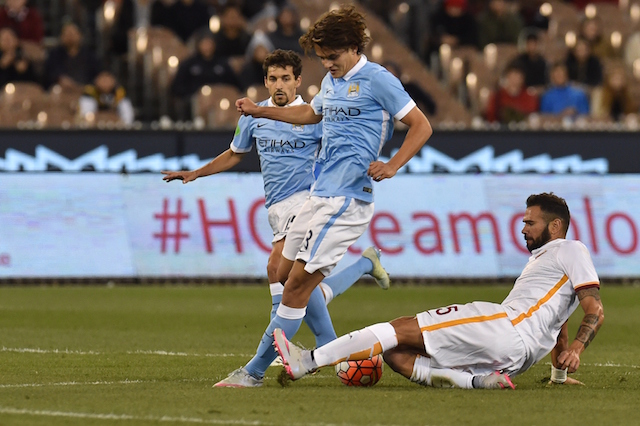 Ilkay Gundogan has emphasised the strength of the team-unit with his latest post to social media.

Following Manchester City’s comfortable 6-1 win over Huddersfield on Sunday the 27-year-old shared a photo of a team photo taken prior to the game.

The photo also includes David Silva’s eight-month-old son Mateo who a lengthy period in hospital after being born prematurely. Mateo was given the all clear in May and was present to see Silva and his teammates play on Sunday.

Gundogan included the short but meaningful caption, “TEAM” alongside the image.