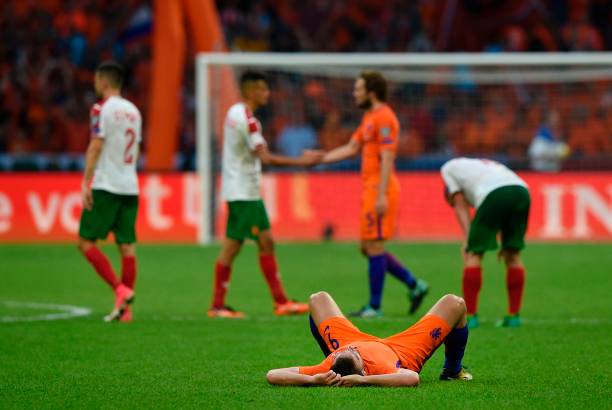 Tottenham striker Vincent Janssen has been closely linked with a return to Fenerbahce over the summer after spending last season on loan at the Super Lig giants.

Janssen sent a heartfelt message to Fenerbahce fans on his official Instagram account making is clear how ‘proud’ he was to play a role at the club last season and thanked everyone.

The Dutch forward shared a few photographs of himself wearing the Fenerbahce shirt.

To all the Fenerbahçe fans: I’m very proud that I became part of the beautiful Fenerbahçe family, played matches for the club and scored some goals in the yellow/blue shirt. Unfortunately I was not able to help the team in the last months to win the championship because of my injury. I want to thank everyone who helped me during last season and I’m happy that I met lots of great people during my period in Istanbul ?? Seni Seviyorum Turkey ??

See More: Exclusive – Super Lig Giants Do Not Want £17m Tottenham Flop Amid Reports Of Being On Verge Of Deal

Contrary to reports the Yellow Canaries do not however, have any desire for Janssen to return.

Turkish-Football reported in July that the striker is not a target, no offer was made and no talks were held.

Additionally, Janssen has just undergone a toe operation and will be out for the foreseeable future.

The Yellow Canaries ended up signing Andre Ayew on loan from Swansea City and Islam Slimani from Leicester City instead.