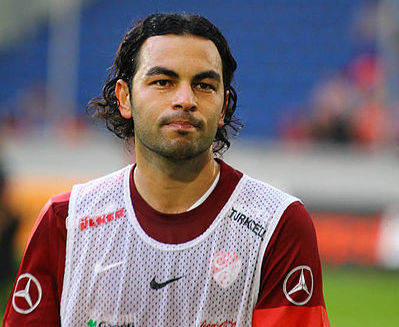 QPR are interested in Galatasaray midfielder Selçuk İnan according to Turkish newspaper Milliyet.

The Premier League outfit are reported to be interested in loaning the Turkish international on a six-month deal in January.

The Turkish international has been criticised by sections of the Turkish press for his recent performances and is believed to be considering his options.

İnan turned down a move from Fulham last season and Everton as well as Leicester City have been also been linked with the 29-year-old.

The Galatasaray captain signed a lucrative five-year contract this summer worth €3 million per-season and is unlikely to leave on a permanent deal this January.

İnan has 37 international caps for Turkey. The experienced midfielder has scored 29 times and provided 39 assists for Galatasaray in 137 appearances for Galatasaray since his switch from Trabzsonspor in 2011.

The 29-year-old is a midfield playmaker, renowned for his passing range, technical ability and being a set-piece specialist.