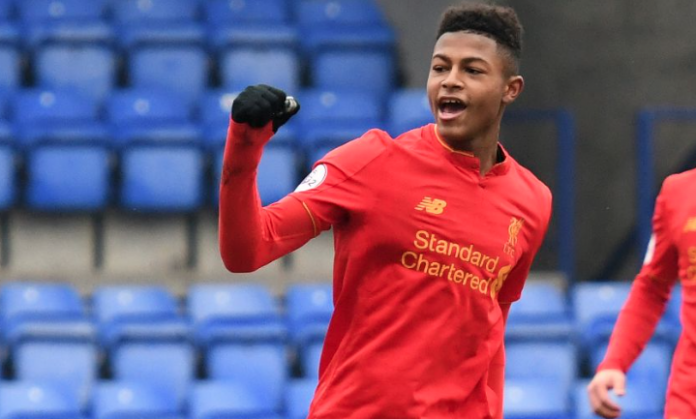 Seventeen-year-old Liverpool starlet Rhian Brewster has been named in the match-day squad against Crystal Palace.

The rising star trained with the first team at Melwood mid-week after an impressive display for the Liverpool U23s on Monday.

Brewster was the star man for the Reds as they came from behind for a 3-1 away victory over Leicester.

The youngster scored the equaliser and provided two assists for Matty Virtue and Harry Wilson.

Brewster was rewarded with promotion to training with the first-team.

Head coach Jurgen Klopp was so impressed that he decided to include the forward in the match-day squad.

Brewster was born in London and represents England at Under-17 level but a little known fact about the young forward is that he is eligible to play for Turkey.

A source close to the player has revealed to Turkish-Football that the Reds wonder-kid has a Turkish mother and would be able to play for the Crescent-Stars at senior level.