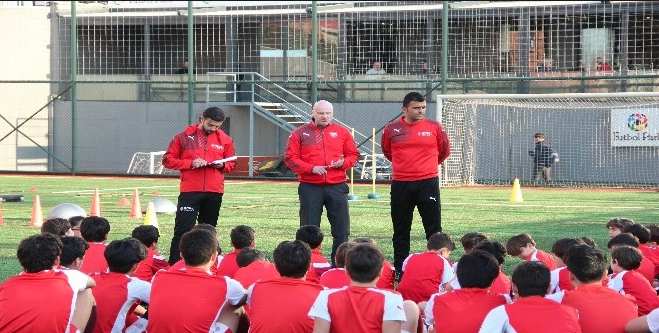 Arsenal scout Jurgen Kost has revealed that the club are keeping close tabs on a Turkish wonder-kid in Germany.

Kost did not reveal the name of the player being scouted but underlined that he is very talented.

“I have been scouting some Turkish prospects including a Turkish kid in Germany, I watched him 2-3 weeks ago, he plays in central midfield,” Kost was quoted as saying by Turkish-Football.

“I won’t give his name yet but he is very talented and we are considering signing him.”

Arsenal do have a history of signing players of Turkish origin to their academy and senior team.

The Gunners brought in Oguzhan Ozyakup from AZ Alkmaar, the Turkish international midfielder went onto become a first-team regular for Besiktas after joining the Black Eagles in 2012.

Mesut Ozil is also of Turkish origin but unlike Ozyakup he represents Germany at international level.

Ozyakup was born in the Netherlands but plays for Turkey at international level.

Kost has been in Turkey monitoring Arsenal’s latest football school in Istanbul.

The Arsenal scout gave a speech at a conference and also kept tabs on the players currently recruited by the North London sides Turkish academy.

The academy trains close to 1000 players in accordance with the Arsenal youth system and also teaches them English.

Enrolment began on 28 May 2016 and Ozil is expected to attend the academy at some time in the future to promote the work being done.