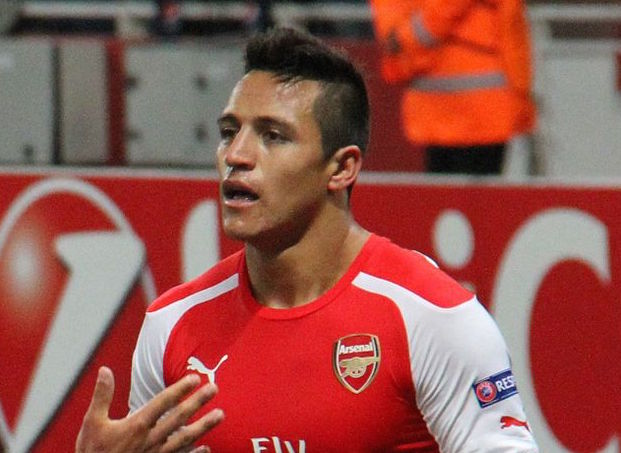 Revealed: Arsenal will not make same mistake with Alexis Sanchez they did with letting Robin van Persie join a rival Premier League side

Arsenal star Alexis Sanchez is reported to be unsettled after being benched by Arsene Wenger going into the Liverpool clash over the weekend.

The Gunners not only ended up losing the game 3-1 but also saw the rift between Wenger and Sanchez deepen further.

Sanchez currently faces an uncertain future at Arsenal as he has yet to reach an agreement over a contract extension.

The Chile international’s current deal runs until summer 2018 and if the Gunners do not strike a deal or sell him this summer they face the risk of him running his contract down.

The Daily Mail report that Sanchez will only be allowed to leave for a non Premier League side in an attempt to avoid a repeat of the Robin van Persie saga.

The Gunners want to avoid another Robin Van Persie situation.

The Dutch striker ended up winning the Premier League title in his first season at United but drew widespread criticism from Arsenal fans for leaving the club to join a rival.

Van Persie helped United become the first side to win the Premier League for the 20th time.

The experienced striker remains unpopular among large sections of Arsenal fans to this day despite currently playing in Turkey for Fenerbahce.

Van Persie left United for Fenerbahce after a three-year stint at the Red Devils.

The former United and Arsenal striker has 32 goals in 73 appearances for Fenerbahce.

Van Persie was not the only ex star player to desert the North London based outfit for a Premier League rival.

The report also goes onto claim that Chelsea and Manchester City are interested in Sanchez.