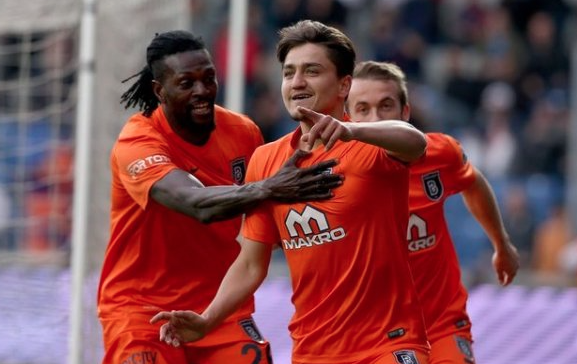 Manchester City have made an offer for Basaksehir wonder-kid Cengiz Under.

A source close to the player has confirmed City are currently in Istanbul, holding talks with the Istanbul minnows.

The Citizens have launched an official bid and negotiations are expected to continue over the next few hours.

There is currently no deal in place but both sides expect an agreement to be reached.

City rivals Manchester United have also been closely linked with the young forward.

Under has made no secret of the fact he wants to play Premier League football.

“The league I really want to play in is the Premier League and I would also love La Liga,” Under told beIN Turkey.

City have a history of snapping up the hottest talent from the Super Lig.

The Manchester based outfit signed Enes Unal from Bursaspor in 2015.

The Turkish international went onto become a success on loan at FC Twente, netting 19 times and earning himself a £12 million move to Villarreal.

City made a £10 million profit on Unal without the striker ever playing for the club.

Unal was unable to play in the Premier League due to not having a work permit.

Under could run into similar trouble but he would have a shorter wait as the 19-year-old is already a regular call up to the Turkish national team.

The rising star has actually scored in both his two starts for Turkey – against Moldova and Kosovo.