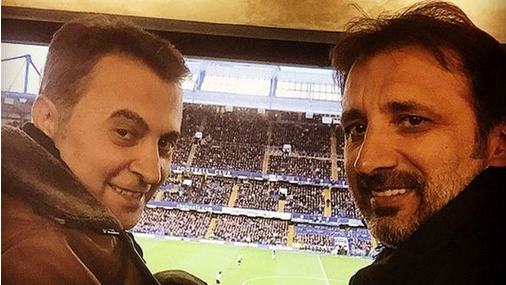 Revealed: Man United to face Turkish league giants in China over the summer

Manchester United are set to face Turkish league giants Besiktas as part of their summer pre-season tour according to the Fanatik newspaper.

United recently replaced Bayern Munich as the most popular team online in China, according to a new report in the sixth edition of the Red Card, which analyses the influence of 53 European clubs on China’s social media platforms.

The reigning Turkish champions will travel to China and Indonesia as part of their far-eastern tour this season – a first for Super Lig sides.

Besiktas plan to expand their sphere of influence outside traditional regions of the middle east, the Balkans, Central Asia and the Turkish community in Western Europe.

Black Eagles president Fikret Orman has transformed the club finances and on field success since taking over in 2012.

Besiktas were in a financial crisis but are now one of the most stable clubs in the league.

The Istanbul giants won the league title last season and are firm favourites to defend the title.

A club spokesperson was quoted by Fanatik as saying that it is essential for Besiktas to expand to the far-eastern markets.

No other Turkish club has managed to establish a presence in the region, Besiktas aim to be the first.

“Besiktas are doing well in terms of sponsorship but we will not experience the kind of rapid development we are after unless to target new markets, far eastern Asia being one of them,” the spokesperson was quoted as saying.