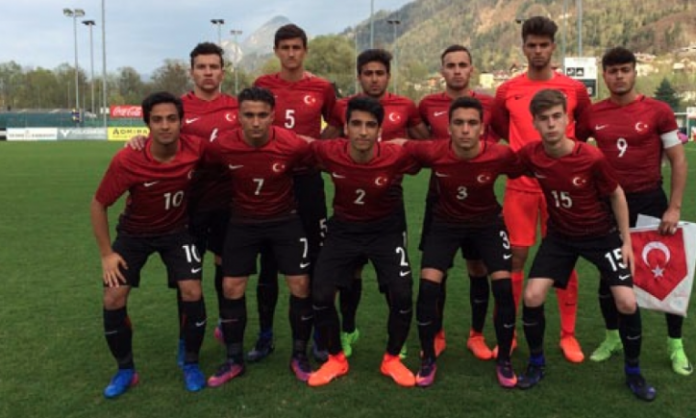 Gaziantepspor wonder kid Serkan Bakan has been closely linked with a summer exit this window.

Reports in Turkey claimed that Bakan had struck a deal with Goztepe.

A source close to the player has revealed to Turkish-Football that Bakan has received an offer from Goztepe but no deal has been agreed.

The newly promoted Super Lig outfit are one of several sides to have made a move for the 16-year-old.

The latest development will come as a boost to Manchester United and Tottenham who are the most high profile clubs to keep tabs on the youngster.

Turkish youth players have seen their stock rise over recent years following the successful breakthrough of Enes Unal, Caglar Soyuncu and Cengiz Under.

Unal joined Manchester City aged 18 in 2015 before moving to Villarreal on a €14m transfer this summer.

Soyuncu was 19-years-old when Bundesliga outfit Freiburg snapped him up.

Under moved to Roma on a high profile €14.9m move on his 20th birthday this summer, the highest fee a Turkish international has left the league for.

Bakan is keen on joining a side where he will continue to play first-team football.

Despite his young age the attacking midfielder did receive playing time in the Super Lig last season.

The rising star made a name for himself becoming the youngest player to ever score in the league and cup, aged just 15.

The wonder kid scored against Kirklarelispor in the Turkish Cup and in the 4-1 Super Lig defeat against Antalyaspor last season.

Bakan will be able to sign a professional contract in January.