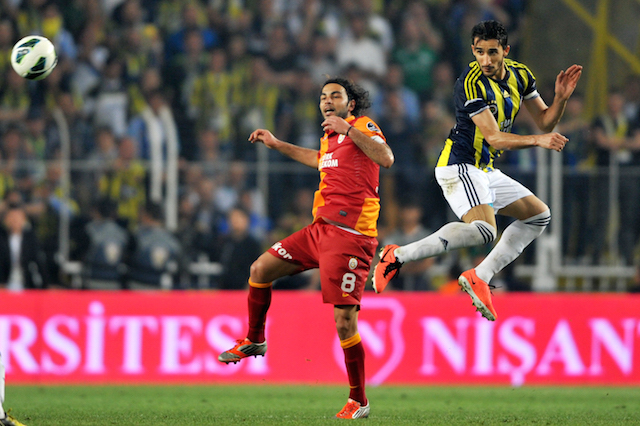 Selcuk Inan has signed a one-year contract extension with Galatasaray the club have revealed on their official website.

The Turkey international has been a Galatasaray player since joining from Trabzonspor in 2011.

The 34-year-old midfielder has won five Super Lig titles with the Yellow-Reds, four Turkish Cup trophies and four Turkish Super Cup titles making him one of the most highly decorated footballers to play for the club.

Inan has seen Galatasaray go from wearing three stars to becoming the first Super Lig side to don a fourth star on their jersey – a star is awarded for every five league titles won. Galatasaray have now won 22 championships.

The experienced midfielder has scored 61 goals and provided 77 assists in all competitions since joining the club.

Inan netted twice and provided three assists in 35 appearances in all competitions last term for the Lions.