Arsenal star Mesut Ozil is currently broadcasting a live stream of his Fortnite session with teammate Sead Kolasinac and Julian Draxler on Twitch.

Ozil tweeted the link to the broadcast on his official Twitter account and revealed that all donations made will go to the Big Shoe charity.

Don't miss the #StayAtHome Fortnite session live with my brothers @seadk6 and Julian #Draxler on @Twitch🎮 ➡ https://t.co/LonLCL2sjU || We will play for the good cause and donate money for @BigShoe_11 – you can donate as well if you want: https://t.co/8GRtAGG4tH pic.twitter.com/gIf8ekH8zE

The following link will take you to the live session. If you miss it there highlights will probably be uploaded. 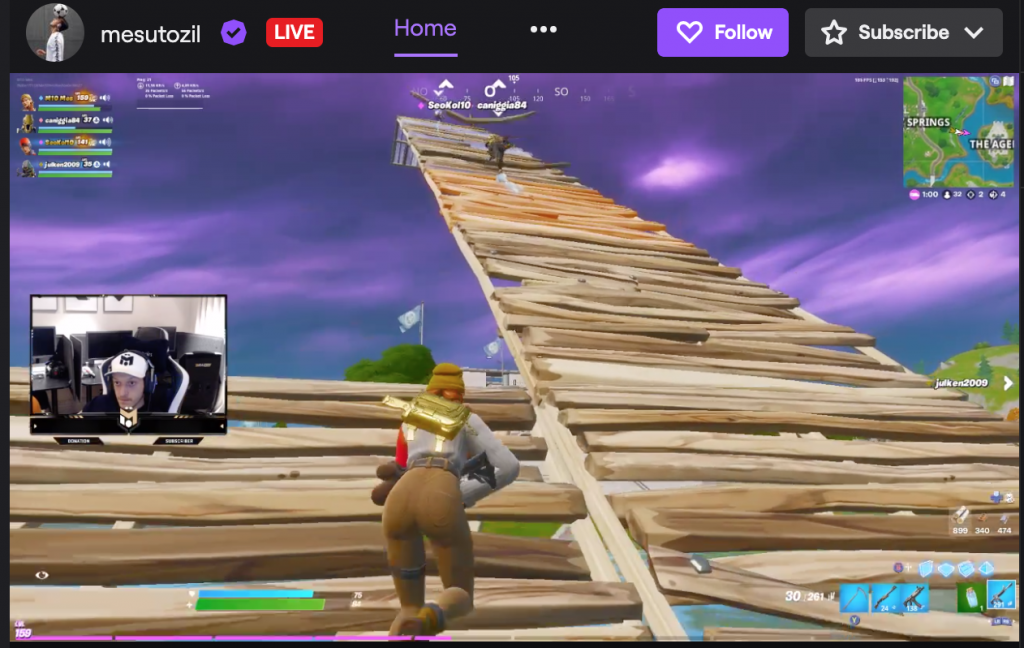 FIFA picked Ozil as their ambassador for the eFIFA World Cup in London last September recognizing his investments and involvement in the growing sector.

Ozil and his Arsenal teammates are currently in quarantine following head coach Mikel Arteta being diagnosed with the coronavirus.

The Premier Leauge has suspended all fixtures until April 3 at the earliest so Ozil and his mates will have plenty of time for Fortnite sessions.