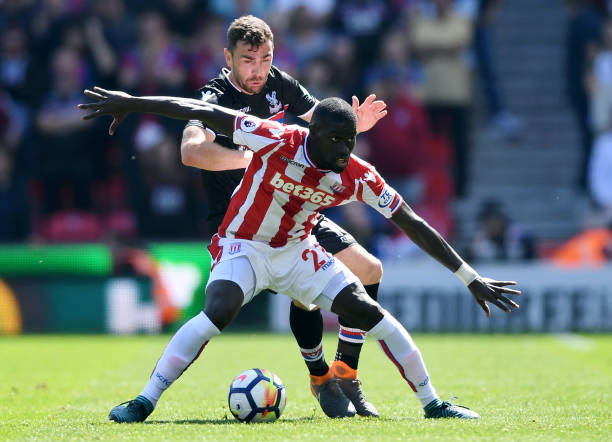 Stoke City midfielder Badou Ndiaye has been closely linked with a summer move following relegation to the Championship.

Ndiaye joined the Potters from Galatasaray on a £14m move in January.

The Senegal international could be headed back to Turkey according to his agent William D’Avilla.

Ndiaye would prefer to stay in England, at a Premier League side but has not closed the door on a move to the Istanbul based outfit.

The agent told Radyospor: “Ndiaye wanted to stay in England, but he could not agree with a team.

“Galatasaray fans’ wait can end in a happy way.”

The 27-year-old made 13 appearances for Stoke last season and despite impressing he has not agreed terms with another Premier League side.

Nidaye is expected to make a decision on his future now that Senegal’s World Cup campaign is over.

Galatasaray finished the season winning the Super Lig and booking a place in the Champions League.

The Istanbul giants would not however, be willing to pay what they sold Ndiaye to Stoke for.

The Lions are under pressure from Financial Fair Play to curb spending and have already been fined.