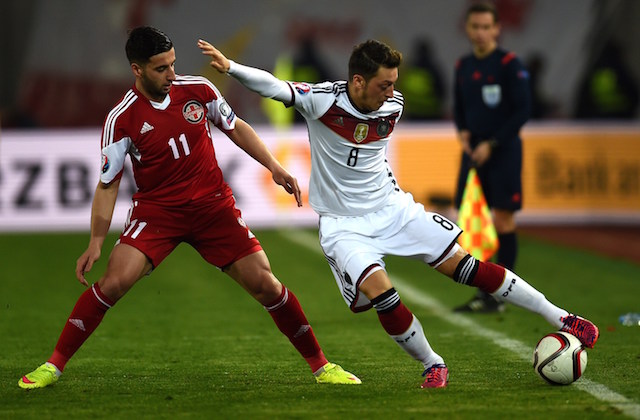 Both Griezmann and Mesut Ozil started for their respective nation’s during the 2-2 draw between Germany and France on Tuesday evening.

The Red Devils have been linked closely with the duo in recent months.

Man United were interested in signing Griezmann over the summer however, the deal was off after the Court of Arbitration for Sport’s decision to uphold Atletico’s transfer ban.

Meanwhile, Mesut Ozil’s contract with Arsenal expires next summer and reports have linked the 29-year-old with a move to Manchester.

Subsequently, when Griezmann tweeted a picture of himself greeting Ozil, United fans couldn’t hide their excitement on Twitter.

Griezmann included an emoji-heavy caption along with the photo which fans are still trying to decrypt.

Here are the best reactions to the tweets from Man United fans.

Announce both coming to Old Trafford

bring him to United, Grizzy

You two at Man United next summer ???

Both will be at Manchester United next season ?

More likely he goes to United with MÖ and Laca ?