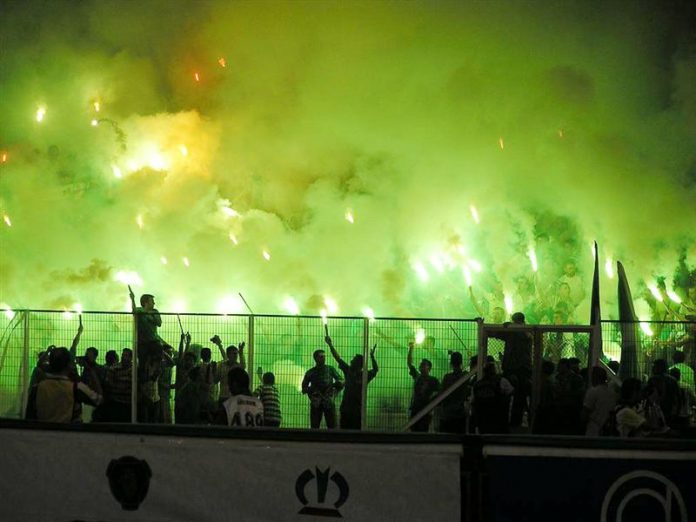 Bursaspor are a football club centred in Turkey’s fourth largest city Bursa, the club was founded in 1963 in a merger between five amateur teams, Akinspor, Acar Idman Yurdu, Demircelikspor, Istiklalspor and Pinarspor. These five teams are represented in the club emblem by the five colored stars. The clubs colors are green and white, green symbolising the the fertile green valley the city surrounding the region and white being the snow on top of the areas landmark, Uludag mountain.

The Crocodiles play their games in the Bursa Atatürk stadium which was completed in 1979 and has a capacity of 18,587. Bursaspor are currently in the process of constructing a state of the art, 45,000 seater stadium. The ‘Timsah (Crocodile) Arena’ is expected to be finished by 2013.

The club has a huge regional following, Bursaspor are the the cities only major professional football team. Their ultra group known as ‘Teksas’, the name of which was earned back in the season of 1974-75. The events which unfolded took place in an era in which the notion of football hooliganism and travelling away fans was still a new concept in Turkey. In a game between Zonguldakspor and Bursaspor, Bursaspor supporter groups travelled in convoys of buses to the city of Zonguldak. Bursaspor lost the game and their supporters subsequently stormed the pitch. Police officers at the scene later reported to the media that the convoys of arriving supporters turned the city centre into a scene reminiscent of a wild west film. The newspaper headlines labelled the Bursa supporters as ‘Teksas’ and the name was adopted by the Bursa faithfull ever since.

Bursaspor became the second Turkish team outside of Istanbul to win the Turkish Super League, marking the resurgence and vast improvements Anatolian teams have been making over the past few years. Their only claim to fame previously had been winning the Turkish Cup back in 1986.

In the early 1990’s Bursaspor ultra group [Teksas] leader Abdulkerim Bayraktar went to study in Ankara. Whilst in the city he started attending Ankaragücü games and took it upon himself to begin building ties between the two clubs.

In 1993 however, his life was tragically cut short, during military service when he fell victim to a terrorist attack. This tragic event brought Bursaspor and Ankaragücü even closer together. During the first game after his death, Bursaspor organized a tribute to him, the events which unfolded next cemented the brotherhood between both clubs. A large group of Ankaragucu supporters made their way onto the pitch and unveiled a large banner reading, “Our brother Abdul will never die, he lives on in our hearts”. The two supporter groups united and hundreds of Ankaragucu ultras attended his funeral. From that day forward Bursaspor supporters would chant Ankaragücü’s name in the 6th minute of every home game, 6 being significant due to 6 being Ankara’s city code. Ankaragücü supporters in return chant Bursaspor’s name during the 16th minute, 16 being Bursa’s city code.

When the two sides play, the supporters sit together, its one of the rare occasions in which supporters from opposing teams watch a game together in a mixed environment, they bring, Bursankara’scarfs (a merger of the two clubs names) to the games and create a fantastic atmosphere full of mutual respect.