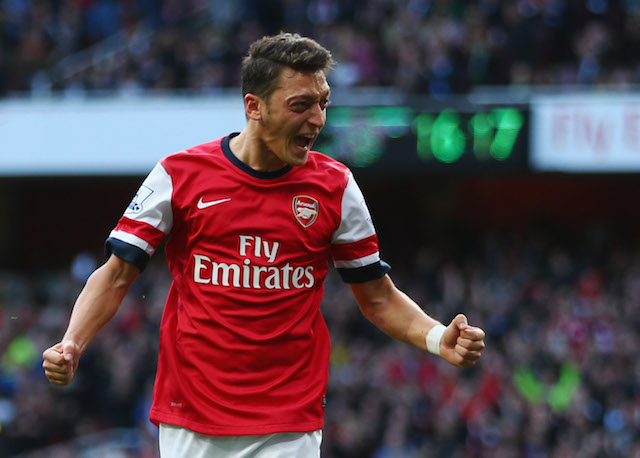 The Arsenal club shop published some interesting stats regarding which of their star names are the most sought after on the back of fans’ shirts.

It turns out that Mesut Ozil is first in the top 10.

The playmaker of Turkish origin is not only the most popular Arsenal player in terms of shirt sales but also on social media. In fact he has one of the biggest social media platforms in the world of football with tens of millions of followers.

The 2014 World Cup winner finally got hold of the No 10 shirt number this summer following the departure of Jack Wilshere.

To be honest I was surprised to see Torreira ahead of Lacazette but he was a summer arrival so that could explain the reason as to why.

The least popular Arsenal player who came nowhere near the Top 10 was Carl Jenkinson.

See More: “He has to focus on is football” – Germany legend believes Arsenal star could shine in the Europa League