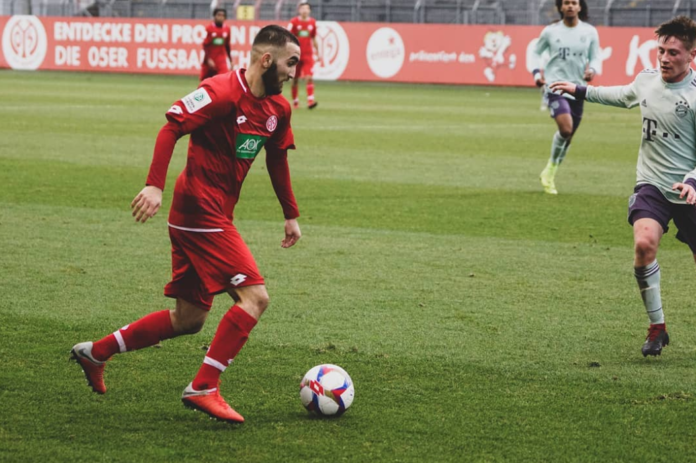 Mainz 05 wonderkid Erkan Eyibil has been called up to the Germany U18 national team ahead of the friendly games against France on 22 and 25 March.

The 17-year-old attacking midfielder has been fast-tracked from the U17 Germany side to the U18s.

The left-footed playmaker has been nicknamed ‘the new Mesut Ozil’ due to a similar playing style to the Arsenal No 10.

Additionally, like Ozil, Eyibil was born in Germany and is an ethnic Turk.

The Arsenal ace is the most successful player of Turkish origin to play for Germany playing an important role in lifting the 2014 World Cup.

Eyibil is eligible to represent both Turkey and Germany at senior international level.

It will be interesting to see which national team he ends up selecting. If he continues developing at this rate there is likely to be fierce competition for the 17-year-old.

The youngster has excelled at youth level for Mainz and his finishing ability, in particular, stands out. Eyibil has nine goals and has provided four assists in 16 games for the U19 side.

Eyibil is rated as one of the hottest young properties at youth level in Germany and has been knocking on the door for promotion to the senior side.

Mainz moved Eyibil from the U17s to the U19s last summer.

The Mainz starlet who has just over one-season remaining on his contract has already attracted widespread attention from scouts across Europe.