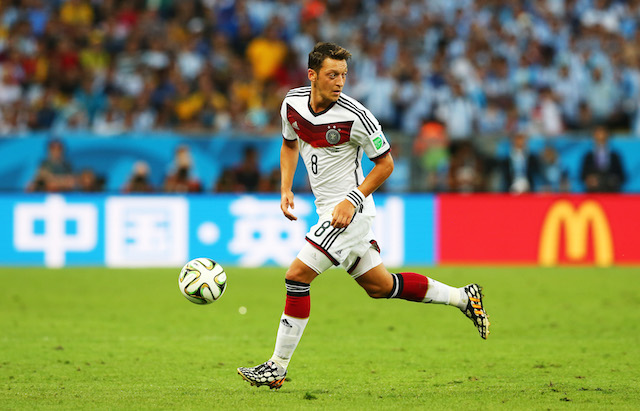 Ozil endured a turbulent summer after posing for a photo with Turkey President Recep Tayipp Erdogan. The 29-year-old was heavily criticised by the German press and things went from bad to worse after Germany were eliminated from the 2018 World Cup.

Ozil was targeted by ex-pros, the press and even the German FA which prompted him to quit the national team, citing racism and discrimination.

The majority of Ozil’s former Germany teammates have pulled rank and stated that there is no racism within the squad. However, Ozil’s agent Dr Erkut Sogut criticised Manuel Neuer, Toni Kroos and Thomas Muller for willingly misinterpreting Mesut Ozil.

According to Boateng, fear of backlash from fans has prevented Germany players from defending Ozil.

“Where were the teammates who thanked Mesut? Apparently, they did not dare to make any comments because they thought it would not go down well with the Germany fans,” Boateng told Suddeutsche Zeitung.

Boateng also stated that there has been a lack of respect shown for Mesut Ozil’s contribution to German football. Ozil win the German Player of the Year an impressive five times in six years.

“It’s not about that photo. It’s about a great player who has won the World Cup with us,” Boateng went on to say.

“Who has won a lot of caps, who changed German football a bit. A No. 10 with a migratory background.

“You must thank him. To abstain, I think that’s sad!”