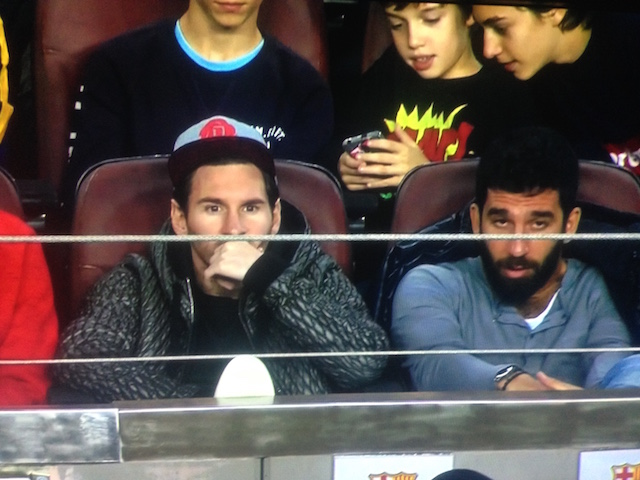 Arda Turan was involved in one of the most dramatic transfer sagas of the summer transfer window.

The agent of the bearded winger Ahmet Bulut initially stated that Turan wanted to play in England and even revealed that negotiations with three Premier League clubs were underway.

“He intends to leave Spain this summer. It is his will to go out to play in the Premiership, that is where he would like to continue his career at this time,” Bulut told AS.

“His departure from Atletico is not easy because he has a clause of €41m. There are ongoing talks with three teams at the moment. I cannot say their names, but they are the best of England and European football.”

In a last minute twist of events Turan remained in Spain but joined Barcelona instead despite the reigning La Liga champions being unable to register him until January.

Turan is finally set to make his debut next month. Below are three reasons he could end up being a hit at Barcelona.

The signing of Turan did initially raise a few eyebrows. Barcelona shelled out £27 million for the Turkish international despite being unable to register him until January however, head coach Luis Enrique underlined that he planned for the bearded one to become a key player in his team. “I am delighted and I take the opportunity to congratulate Barca’s interim management for signing Turan, a key player for us and whom we have a lot of confidence in,” he was quoted as saying by ESPN. The 28-year-old was expected to leave on loan but Enrique blocked the move so that Turan could adapt to the Barcelona academy. “They know the system and they will be two really good reinforcements for us,” Enrique was quoted as saying by Sport. The man with arguably the greatest beard in world football has trained with the team for the past few months adapting to the Barcelona system and has managed to stay match fit playing regularly for the Turkish national team.