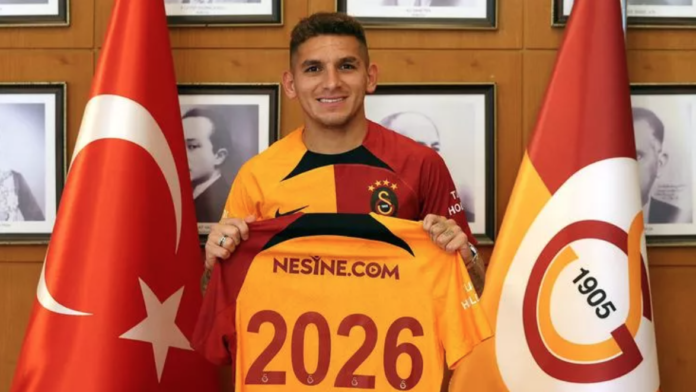 The midfielder revealed that he left the Gunners because he wanted regular first-team football in the lead up to the World Cup in Qatar.

“I had to have continuity for the World Cup. So that’s why I decided to go to Turkey and Galatasaray,” Torreira told ESPN. “Their project ended up convincing me. And it’s very important for a player like me to continue having continuity, as I had last season.

“The call from Galatasaray came. Fernando Muslera was very important for me when making this decision.

“I also knew little about the country it is totally different league. I really liked the Galatasaray people (tried to convince me to sign); the project, the call from the coach (Okan Buruk) and the leaders. All of that helped me make this decision.”

He looked unlikely to have a regular place in Mikel Arteta’s side and spent last season on loan at Fiorentina who did not exercise their option to sign Torreira on a permanent deal.

Torreira has been a star name for the Lions starting in 11 of 12 Super Lig games.

The Istanbul giants ended the first half of the season in great form and are currently second in the league.

The 26-year-old did end up getting selected for the Uruguay squad for the World Cup.

Torreira joined the Yellow-Reds for a £5m transfer fee on a four-year deal.

The former Arsenal man will be competing with Bentancur, Valverde, Ugarte and Vecino for a place in the Uruguay first team.