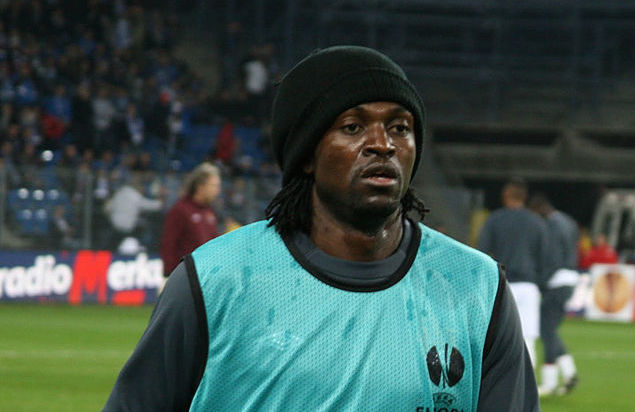 Tottenham’s Togolese striker Emmanuel Adebayor has been linked with a move to Galatasaray by the British newspaper The Express.

According to the report, Spurs boss Mauricio Pochettino is keen to offload the powerful striker in January.

Adebayor has been linked with a move to the Super League in the past and Galatasaray are on the lookout for a new striker to fill the void left by Drogba’s departure.

Galatasaray have been on the receiving end of some heavy defeats in the Champions League, conceding 13 goals in four fixtures and scoring just three along the way.

However, Adebayor’s wage demands of over €120,000 per week could prove to be a stumbling block for the Istanbul giants who are currently experiencing financial troubles.

Adebayor scored 11 league goals for Tottenham last season, however the arrival of Pochettino appears to have dented his confidence.

The 30-year-old striker has only found the back of the net two times in 12 appearances for Tottenham this season.