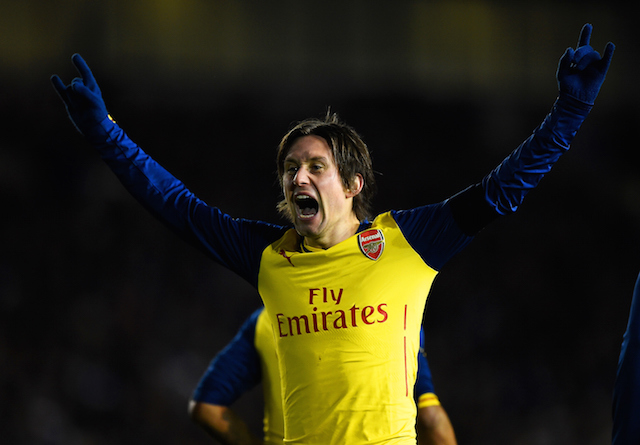 Trabzonspor and Bursaspor have both joined the race to sign Arsenal midfielder Tomas Rosicky according to the Mirror.

The Czech Republic international is expected to leave Arsenal over the summer transfer window.

The 34-year-old midfielder does however, still have another year left on his contract.

Trabzonspor recently completed the transfer of Sevilla midfielder Stephane Mbia on a three-year deal and are expected to add depth to the midfield.

Sağlam guided the Green Crocodiles to their first Süper Lig title during his last stint in charge of the club and Bursaspor will play in the 45,000 seater Timsah Arena next season.

Rosicky joined Arsenal in 2006 on a £8 million move from Borussia Dortmund and has made a total of 245 appearances for the North London based club.