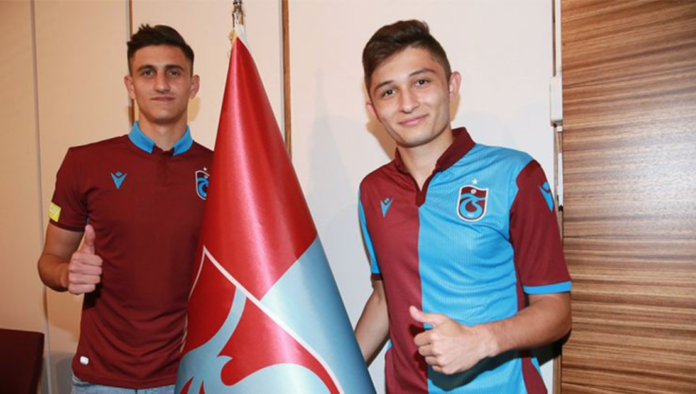 Trabzonspor have completed the signing of Altinordu wonderkid Salih Kavrazli as well as Atakan Gunduz.

The Black Sea based outfit released a statement on the official club website confirming that both players have officially been signed on a three-year deal.

Trabzonspor unveiled both players in a signing ceremony today at the club grounds.

“Despite being young we have complete faith in both players and are convinced they will be a huge success.

“I wish them all the best.”

Kavrazli had the following to say: “I am proud to join such a big club I hope I won’t make them regret signing me.”

The 17-year-old is widely regarded as one of the brightest talents in Turkish football.

Kavrazli was part of the Altinordu U17 side which is being touted as a golden generation at the club.

The striker scored 122 goals in 159 games at youth level and has represented the youth national side 44 times.

See More: Cengiz Under & 4 Other Turkish Players Who Could Join The Premier League

Despite his age Kavrazli is expected to break into the first team this season.

Trabzonspor have a history of giving young talent a chance.

Nineteen-year-old Abdulkadir Omur is currently a first-team star and several other academy products have been integrated into the senior side over the past few years.