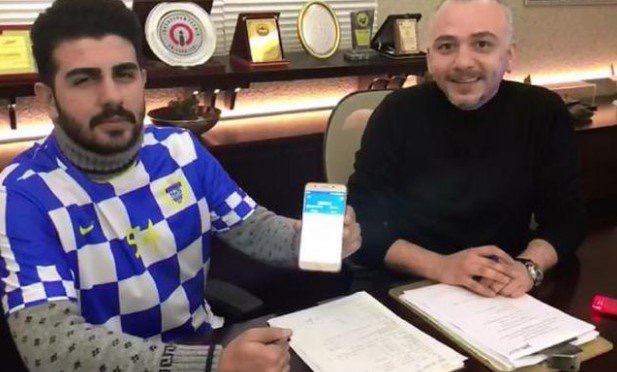 Turkey hit the headlines last month after becoming the first country where a freight deal was settled in Bitcoin.

The trade was executed last month on a vessel carrying wheat from shipping company between Russia to Turkey, according to Prime Shipping Foundation, the venture behind the transaction.

Turkey has achieved another first in the cryptocurrency world after Harunustaspor completed a football transfer using Bitcoin to pay the transfer fee.

The Sakarya First Division Group B side paid 0.0524 Bitcoin to sign Omer Faruk Kiroglu in addition to 2,500 Turkish Lira which worked out at the time of transaction as being worth 4,500 Turkish Lira in total.

Club president Haldun Sehit confirmed the deal: “This is a first in Turkey and the world, we are proud of this achievement and know it will raise our profile here [Turkey], internationally and among the community [crypto].”

Kiroglu meanwhile stated he is honored to have taken part in the Bitcoin deal and that as somebody who embraces new technology it made sense.

“I hope it works out for both sides. It is a first for myself, a first in the world. It is an honor and as the boss said it is innovative. This is the future. As someone open to new technology it made sense,” he said.

Bitcoin (BTC) is a cryptocurrency that was created in 2009 by an unknown person using the alias Satoshi Nakamoto. It is the first decentralized digital currency, as the system works without a central bank or single administrator.

BTC is peer-to-peer and transactions take place between users, without an intermediary which are verified by network nodes through the use of cryptography and recorded in a public distributed ledger called a blockchain.

Bitcoin usage is legal in Turkey, BTC is not considered to be electronic money according to the law and is not regulated domestically.

“Digital currencies pose new risks to central banks, including their control of money supply and price stability, and the transmission of monetary policy,” wrote Eric Lam of Bloomberg, who covered the conference attend by Cetinkaya in Istanbul in early November.

“Even so, the Turkish central banker said that digital currencies may be an important element for a cashless economy, and the technologies used can help speed up and make payment systems more efficient,” he added.