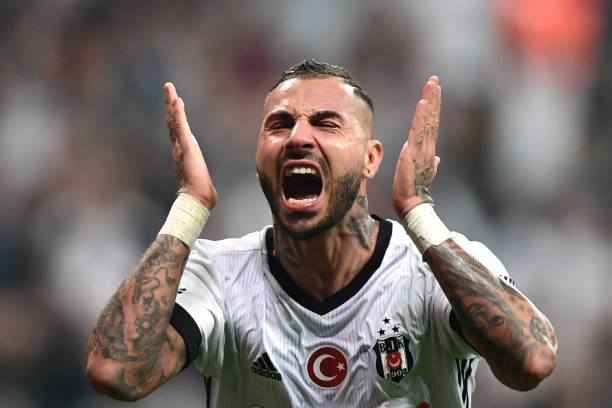 The title race intensified over the weekend with the gap between first and fourth narrowing to just three points.

The big talking point was, of course, the Istanbul derby between Besiktas and Fenerbahce.

The Yellow Canaries traveled to the European shores of the city unbeaten in their last 21 games in all competitions. You would be forgiven for thinking head coach Aykut Kocaman was a popular man but that could not be further from the truth. Fenerbahce fans do not just demand results. They demand results with some penache. Kocaman’s football while effective is not the most aesthetically pleasing.

Deep down most Fenerbahce fans would probably wish they had Senol Gunes in charge – although many would never admit this. Why? well he plays the kind of football they wish Kocaman would.

However, Gunes has not achieved the same consistency as Kocaman in grinding out results. In fact, the Black Eagles headed into the derby on the verge of crashing out of the title race altogether. I am not exaggerating when I say the title race would have pretty much been over for Besiktas had they lost at home. You may be thinking, in retrospect that a defeat would have only put the home side six-points behind current leaders Galatasaray but you have to factor in the psychological side.

Besiktas were crushed 5-0 by Bayern Munich in the Champions League Last 16 first-leg tie leading up to the derby. They had also been stuttering in the league, dropping points and playing poorly. There were murmurings of discontent in the camp. Heads were starting to drop, fans were beginning to question the dedication of players and whether they still had a desire to win and back to back championships.

To make matters worse Senol Gunes was without Anderson Talisca and Pepe heading into the tie. And then disaster struck. Fenerbahce took the lead inside the first 10 minutes thanks to a clever finish from Fernandao – who could have been ruled offside.

Fenerbahçe take the lead against Beşiktaş inside 10 minutes!
Fernandao with the opener! pic.twitter.com/ymShQcnk1R

The Besiktas of old would have crumbled under the pressure. Probably got a player sent off and end up losing the derby and spiraling out of control. The new Black Eagles showed impressive resilience and put the visitors under the cosh – helped in part by Kocaman’s conservative tactics aimed at preserving the lead.

Vida ended up equalizing before Ricardo Quaresma put on a masterclass, putting his side ahead with the kind of trivela you are more likely to see in a video game before putting the icing on the cake with a last-gasp goal.

His holiness ?
The lord of the Rabona ?
Ricardo Quaresma puts Beşiktaş ahead in the Derby with this ? pic.twitter.com/ilAiIXcjma

Besiktas made a statement that they are alive and kicking. It was the kind of boost they desperately needed. Moral is high again, the players have regained their confidence and they will be difficult to stop.

Kocaman was panned after the game but this was probably a game he already factored in as a possibility for dropping points. I do not see the Canaries panicking. And I see all top-four teams to continue struggling on the road. Away days aren’t a walk in the park anymore. It is just something the fans are going to have to get used to.

Galatasaray returned to winning ways in style with a 5-0 win over Bursaspor. Bafetimbi Gomis scored a hat-trick taking his season tally to 23 in all competitions. On paper, the Green Crocodiles were expected to put up more of a fight but they lacked bite on the day.

Bursaspor were knocking on the door of the top-four just a few weeks ago, they now find themselves in 12th place. It looks like it is going to be crocodile tears again this season.

With Besiktas and Galatasaray winning the pressure was on Basaksehir.

The Istanbul minnows took on a Genclerbirligi side who have gone on an astonishing run from the relegation zone to safety, holding out against Fenerbahce and Trabzonspor along the way.

The Anakra based outfit held Basaksehir to a 1-1 draw. It is worth pointing out that Abdullah Avci’s side have started losing discipline over the last few weeks coinciding with the arrival of none other than Arda Turan. I will let you draw the conclusions.

As for the chasing pack. Trabzonspor finally ended their goal drought with a 2-1 win away to Kayserispor. It was great to see 18-year-old wonder kid Abdulkadir Omur get his name on the scoresheet.

Goztepe also returned to winning ways beating Sivasspor 1-0 at home to move ahead of Trabzonspor on goal difference on 36 points.

Kayserispor leapfrogged both Goztepe and Trabzonspor, moving into fifth spot after defeating Kasimpasa 3-2.

I still think Kayserispor, Goztepe and Trabzonspor will really struggle to close the gap with the top-four but it is not outside the realms of possibility. Especially considering how unpredictable this season has been.