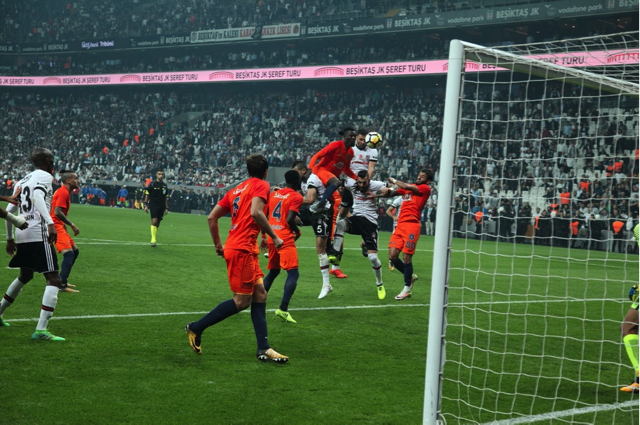 Has European football ever been more nail-biting? While the Turkish Super Lig normally plays host to plenty of drama, the current season is grinding towards a tense finish. Things have perhaps never been this close, with four teams in the league all angling for the top spot. Time is ticking away, and with a couple of crunch matches left on the agenda, it’s hard for anyone to say who is going to claim the spoils. Let’s take a closer look and consider how things could transpire in these tense last stages.

Will Istanbul hang on?

At the time of writing, Istanbul Basaksehir  is holding on to the top spot in the league, but are only three points ahead of Trabzonspor, Galatasaray and Sivasspor. Istanbul have never won the title before. In fact, only five teams have done so since the Super Lig began in 1959. They have, however, been getting closer in recent seasons – finishing as runners-up in 2016/17 and 2018/19. While they may be top of the table at the moment, that will soon change if they lose their next game away at Trabzonspor, who are hot on their heels in second place.

Trabzonspor also have a game in hand on Istanbul which, if they were to win it, would also see them leapfrog the Basaksehir club. Furthermore, Istanbul have also reached the last 16 of the Europa League. This means they’ll be playing on another two Thursday nights in the next month – and then another two if they defeat their opponents, FC Copenhagen.

Can Trabzonspor pull off an upset?

Punters should be looking carefully at Trabzonspor. Technically in second place at the time of writing, they level on points with Galatasaray and Sivasspor at the moment. However, as mentioned above, what they have over all the other contenders in this race is a game in hand. Therefore, the title is effectively in their hands. If they win all their remaining games, they will be champions. In fact, if they were to beat Istanbul in their next game and also win their game in hand, that would put them in a very commanding position.

Bookmakers seem to have no consensus on the whole affair. Even leading experts in Turkish football are puzzled as to what’s going to happen next.

Do Galatasaray and Sivasspor have a shot?

Galatasaray and Sivasspor are both still within striking distance, having recently played out a 2-2 draw against each other. Galatasaray are the most successful club in the history of the Süper Lig, having won it 22 times previously. Given that the club is so experienced when it gets to the decisive part of a season, it’s impossible to ever rule them out. Back to back games against Istanbul and Trabzonspor in the middle of April will go a long way to deciding where the trophy is headed.

Sivasspor have had a fantastic season, given that it is just their second since being promoted from the second tier in 2018. They are another club who’ve never won the Super Lig before, but with just nine games to go, their fans are daring to dream. The draw with Galatasaray proves they are a serious contender and should be in the fight until the last kick of the season.

Will the race inspire more fans?

This has been a Turkish Süper Lig quite unlike any other in recent times. As such, Turkish football bosses are clearly hopeful tense matchups will continue to drive global interest in the national scene. The world of football is continuing to evolve as years go by. A great example of this is in some teams moving to adopt cryptocurrency as a payment method, whether it’s for ticket sales or merchandise. All fans need to do is head straight for the Bitcoin Profit site to start investing, and to get some football cash in their digital pockets.

With that in mind, international barriers are coming down as far as football and other sports are concerned. Could this mean that there is greater demand for Turkish league televising in the years to come? Perhaps streaming will increase across global platforms in the years to come, too.

Who’s going to be champion?

That’s a question which is even harder to answer. All four teams are evenly matched, meaning that some punters may want to go with their gut feeling, or at least their favourite sides. Will we ever see a Super Lig finish quite like this one again?