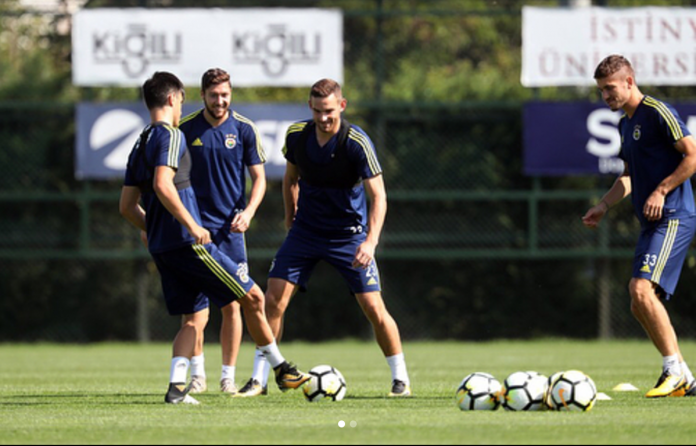 Fenerbahce beat Besiktas 2-1 in the Istanbul derby at the Sukru Saracoglu stadium on Saturday.

The derby saw four red cards, two penalties and Vincent Janssen not only score but also win the spot kick for his sides other goal.

Janssen has now scored two goals with his first two shots on target for the Yellow Canaries.

The Tottenham striker joined Fenerbahce on loan this summer and has got his Super Big career off to a great start.

Nobody can quite believe it.. especially Spurs fans.

When you realise Vincent Janssen has scored two goals from his first two shots on target for Fenerbahce!

It is worth pointing out that Janssen scored a tap in and a penalty so it may not be time to get carried away just yet.

Ya people getting ahead of themselves. If he scores another 5 pens people be saying “Spurs were silly for letting him go” ?

This is what the Super Lig does to a man.

when you see Janssen play for the first time pic.twitter.com/XJgJdnafCX

This made us chuckle.

Congratulations @Fenerbahce with the 2-1 victory over Besiktas in a hectic emotional derby match #guiliano⚽️ #janssen⚽️???? pic.twitter.com/ZKHk3cP1pj

At least Janssen got another one. https://t.co/qzQYooEJej