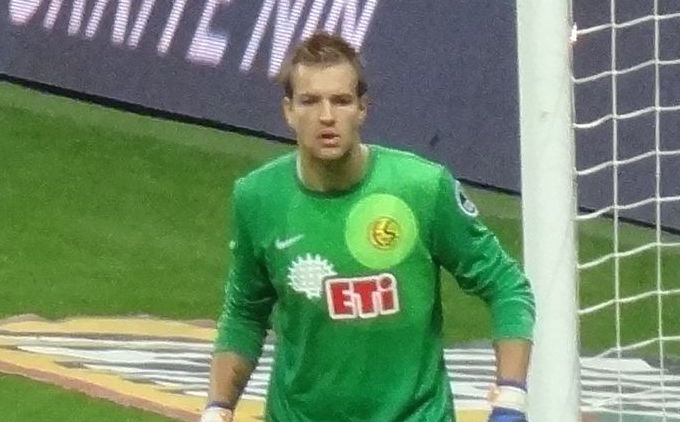 The former West Ham United goalkeeper Ruud Boffin scored an unbelievable goal over the weekend to salvage a point for the Turkish second division side Eskisehirspor.

The 28-year-old keeper smashed a free-kick into the back of the net from well within his own half in the 88th minute of the game.

WATCH: EX-West Ham goalkeeper Ruud Boffin score a goal from well within his own box to salvage a point for Eskisehirspor!!!! #WHUFC pic.twitter.com/Wg2jJcEJVN

Boffin joined West Ham back in 2010 but only made one Premier League appearance in two years for the Hammers.

West Ham take on the newly promoted Middlesbrough in the league this weekend.