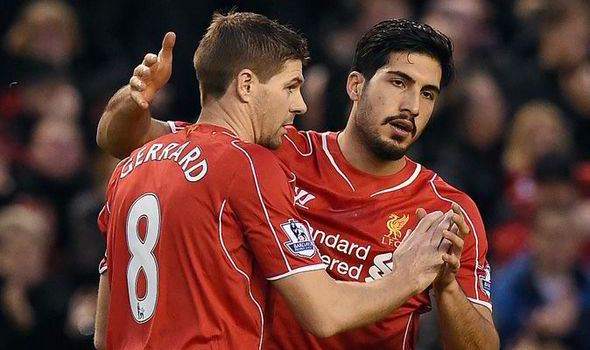 Besiktas were eliminated from the Champions League group stages after losing 6-0 against Dynamo Kiev in Ukraine.

The Black Eagles went into the game undefeated in the Champions League this season and would have guaranteed a place in the next round with a victory.

The away side got off to an awful start after Kiev opened the scoring inside the first 10 minutes but were dealt a hammer blow when Andreas Beck was sent off on 20 minutes in a controversial decision.

Referee Craig Thomson sent off Beck despite the defender barging him onto the ground.

The incident resulted in a penalty and despite UEFA recently relaxing their rules regarding automatically sending players off for denying a goalscoring opportunity.

Besiktas had a meltdown following the call and failed to recover from conceding a second goal and being reduced to 10 men.

Liverpool legend Steven Gerrard was among the critics who slammed the referee after the game. The former England international revealed that Thomson made the wrong decision and ultimately changed the outcome of the game.