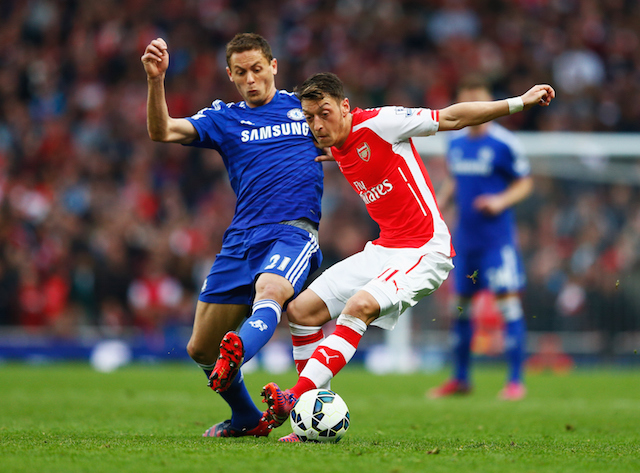 Arsenal star Mesut Özil scored in the 3-1 win over Everton in-front of a packed Singapore Sports Hub on Saturday to win the Asia Trophy final.

Theo Walcott opened the scoring for the Gunners on 22 minutes giving the North London based side the lead going into the half-time break.

Santi Cazorla doubled the lead on 58 minutes and Özil put the game out of reach on 62 minutes. The World Cup winner played a one-two with Cazorla before curling the ball around the Everton keeper.

The Toffees scored a consolation goal when Barkley hit the back of the net from a long range effort.

The 26-year-old has yet to lose a final for Arsenal having already won two FA Cup titles with the Gunners and also won the World Cup with Germany while playing for Arsenal.

Özil playmaker is currently celebrating Eid and sent a Tweet out to his followers in Turkish and English alongside a picture of himself praying before an Arsenal game.