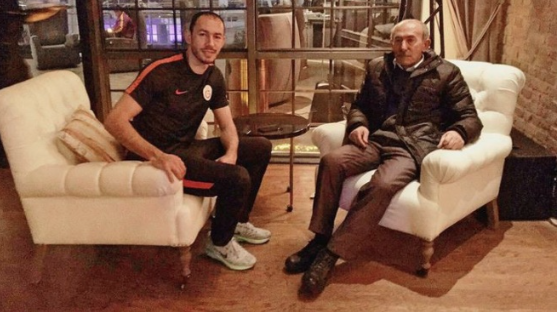 Kayserispor held Besiktas to a 2-2 draw on Sunday 12 March at the Vodafone Arena and Umut Bulut was among the scorers for the visiting side.

The goal held extra meaning for Bulut as his father lost his life the following day last year during the Ankara terror attack.

Umut Bulut lost his father Kemal Bulut in the deadly Ankara terror attack on this day last year…?
He scored yesterday in the Beşiktaş draw pic.twitter.com/I1eGsmMl1u

At least 37 people were killed and more than 70 injured after a car bomb struck the Turkish capital.

The attack took place in the busy Ankara city centre of Kizilay striking at innocent civilians with one of the victims being the father of Galatasaray striker Umut Bulut.

Kemal Bulut – Umut’s father – came to Ankara to support his son who started for Galatasaray against Genclerbirligi at the 19 Mayis stadium on Sunday.

Umut had come under fire from Galatasaray fans recently for his lack of goals this season and his father attended the game Ankara to offer moral support.

Kemal was heading back to his barber shop that his son opened for him in the Kizilay area when the car bomb was detonated.

The Turkish international striker was unaware that his father was among the victims until team training the next morning morning.

Bulut dedicated the goal to his father.