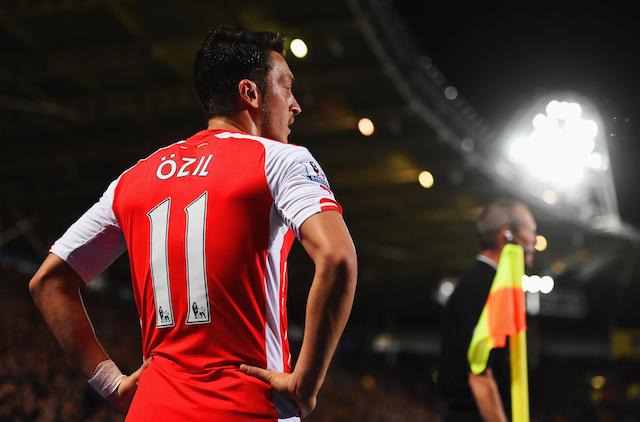 Germany international of Turkish origin Mesut Ozil started for the Gunners and despite not putting on an Earth shattering performance there was one incident which went down well with the visiting fans.

Ozil responded to abuse from Tottenham fans by rubbing the Arsenal badge.

Perhaps it was a sign that Ozil may be considering extending his contract deal or maybe there is no point reading too much into it.