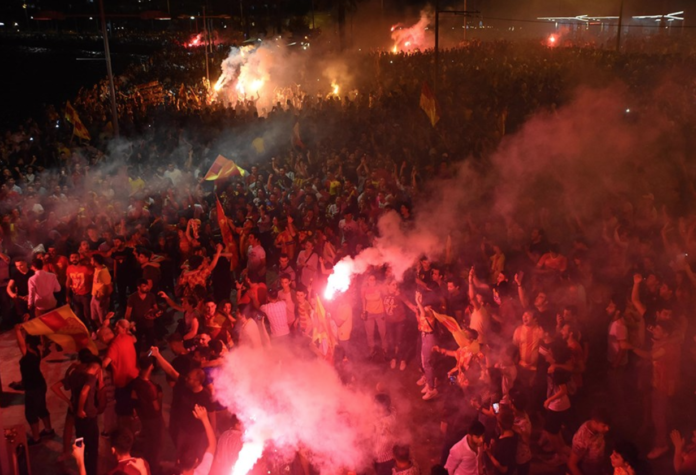 The festivities kicked off at 21:55 local time on 14 Friday June at the Susuzdede Park before continuing along the seafront and across the Sehit Kerem Oguz Erbay bridge.

The Izmir based side are the sole city representatives in the Super Lig.

Despite not being heavily represented in the Turkish top-tier Izmir has a footballing history to rival Istanbul.

The city enjoys a rich football culture going back over a century.

The Izmir based club had their fortunes transformed after Turkish billionaire Mehmet Sepil took them over in 2014.

The company now has 6 fields in Northern Iraq and an earlier venture, Epik Construction, did infrastructure work in Kosovo and Afghanistan.