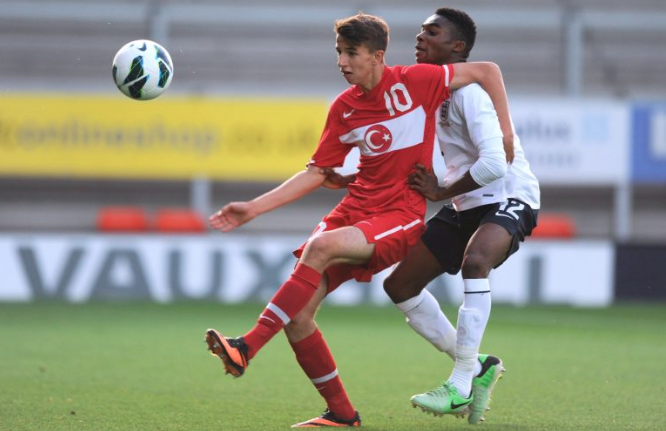 Newcastle United starlet Daniel Tan Barlaser started in the pre-season friendly against Celtic in an U23 friendly on 27 July.

The Magpies ended up winning the clash 2-1 and Barlaser conveniently uploaded a short video showing his contribution to the victory.

See More: For the latest Dan Barlaser news and everything else you ever wanted to know about the Newcastle star

It remains to be seen whether Rafa Benitez will promote Barlaser to the first-team this season.

The midfielder of Turkish origin has had no shortage of interest. Super Lig champions have been scouting the 20-year-old a source close to the club revealed to Turkish-Football.

The Chronicle report that Barlaser could end up being loaned out over the summer.

Despite being born in Gateshead, Newcastle, Barlaser is of Turkish origin and has represented both countries at youth international level.

Barlaser has the option to represent Turkey or England at senior international level.